Save the Date for a Musical Event with Dr. Bill Barnes 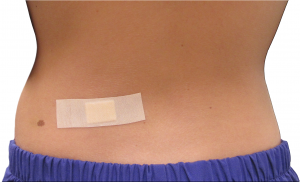 Some of the endoscopic spine surgeries Dr. Stevenson performs involve incisions so small that they can be covered by a BANDAID. If you could substantially reduce your chance of surgical complication – perhaps even cut that risk in half – would you do it? Seems like a no brainer to us. However, despite the fact that minimally invasive techniques significantly reduce costly surgical complications, it is still surprisingly common for patients in the U.S. not to be given that surgical option. A recent study from Johns Hopkins University has sparked several articles that are trending in the medical community. The study compared five common surgeries at a wide variety of hospitals across the country to see how often surgeons opted for the minimally invasive technique over the more traditional “open” technique. They found some pretty large disparities. For example, in appendectomies, hospitals in the U.S. are roughly split about three ways: about one third use the “open” method the majority of the time; a third use a relatively even mix; and the last third uses the minimally invasive approach in 90% of cases. According to Michol Cooper, MD, PhD, who is one of the authors of the study, “minimally invasive surgery has been shown to be associated with decreased patient morbidity, decreased complications and decreased costs.” Experts estimate surgical complications cost approximately $25 billion each year in the U.S. So why aren’t we pushing for more minimally invasive procedures? Marty Makary, MD, is another author if the study. In a separate article, he supposes that the disparity most likely stems, at least in part, from differences in local hospital culture and surgeon training in minimally invasive techniques. If a physician does not feel adequately trained in a specific procedure, he is not likely to offer it to patients and will opt for the method he is most comfortable with. Dr. Makary argues that “the discretion of physicians should be respected, but this approach discounts evidence-based, patient-centered medicine and results in wide variations in quality of care.” In addition to calling for more transparency for patients when it comes to a hospital’s and a surgeon’s surgical outcomes, Dr. Makary says reducing complications should be a priority in health-care reform, and as such, patients should be aware of their options. An emphasis should be placed on the education and training of surgeons in minimally invasive techniques so they are able to offer their patients both options. Piedmont Orthopaedic Complex strives to offer both conservative and minimally invasive options for patients. In addition to minimally invasive orthopaedic surgery, such as endoscopic carpal tunnel release, Piedmont’s Dr. Kevin Stevenson is the only neurosurgeon in Middle Georgia offering comprehensive endoscopic spine surgery.   Sources

No comments have been posted.